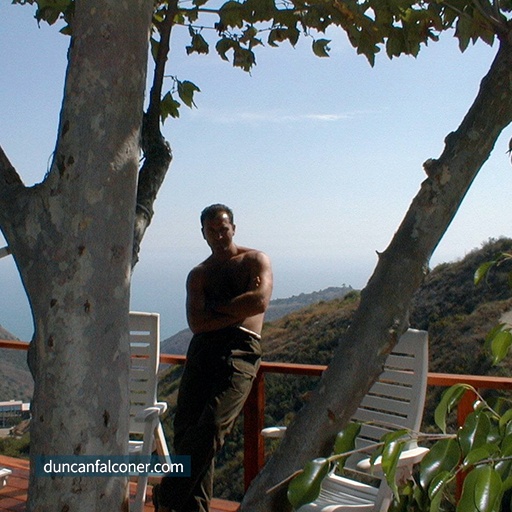 I was living in Malibu at the time. A small house overlooking the Pacific Ocean. I’ve attached a pic. Yeah, be jealous – it was a cool house, perfect for a writer. Completely secluded. I spent more time in LA in those days than I did on the security circuit. 9/11 and my subsequent adventures in Iraq and Afghanistan were just around the corner.

I was asked by a friend if I’d like to write a synopsis for a remake of that famous novel Beau Geste by PC Wren. There had been three previous movies made based on the book I think and I believe Universal Studios owned the film rights at the time. PC Wren wrote that there were several women in the French Foreign Legion but that was not true. Beau Geste was written in 1924 of course. There were some woman but they were all attached ranks such as drivers and nurses, etc. and not official legionnaires. Anyway, while I was researching I came across the story of Susan Travers.

She was the chauffeur to General Pierre Koenig during his African desert campaign. Most notably she was at the battle of Bir Hakiem, with the general and the Legion on the bottom of the Gazala line during an epic attempt to stop General Erwin Rommel from bashing the British Army and allies out of the country all together. The Allies lost that battle and the Legion had to make their escape at night while under full attack by Rommel, the only option out being through a mine field. It was a terrible battle. The Legionnaires were amazingly brave and insane fighters but they could not stop the might of Rommel’s tanks. After two bren carriers and another vehicle were blown up by mines trying to escape and with everything going to pot, Susan took the initiative and, with general Koenig in the back of her car (standing through the roof actually – he was a helluva commander) and Lt Colonel Amilakhvari beside her (much more on this handsome, dashing Russian Prince – yes, indeed!) she drove off through the mine field and into the battle. Her car took over a dozen bullets, all missing the occupants, one lodged in the back of her seat, she almost collided with a German tank, but she eventually got out the other side. And the rest of the Legion followed. That’s the short version of course. It’s much more exciting and desperate in the detail.

I decided to forget the Beau Geste movie. This was the real story. And I was certain there was much more to it. But the problem was, it had taken place nearly 60 years earlier. Was Susan even alive by now? I had to find out.

This website uses cookies to improve your experience while you navigate through the website. Out of these cookies, the cookies that are categorized as necessary are stored on your browser as they are essential for the working of basic functionalities of the website. We also use third-party cookies that help us analyze and understand how you use this website. These cookies will be stored in your browser only with your consent. You also have the option to opt-out of these cookies. But opting out of some of these cookies may have an effect on your browsing experience.
Necessary Always Enabled
Necessary cookies are absolutely essential for the website to function properly. This category only includes cookies that ensures basic functionalities and security features of the website. These cookies do not store any personal information.
Non-necessary
Any cookies that may not be particularly necessary for the website to function and is used specifically to collect user personal data via analytics, ads, other embedded contents are termed as non-necessary cookies. It is mandatory to procure user consent prior to running these cookies on your website.
SAVE & ACCEPT